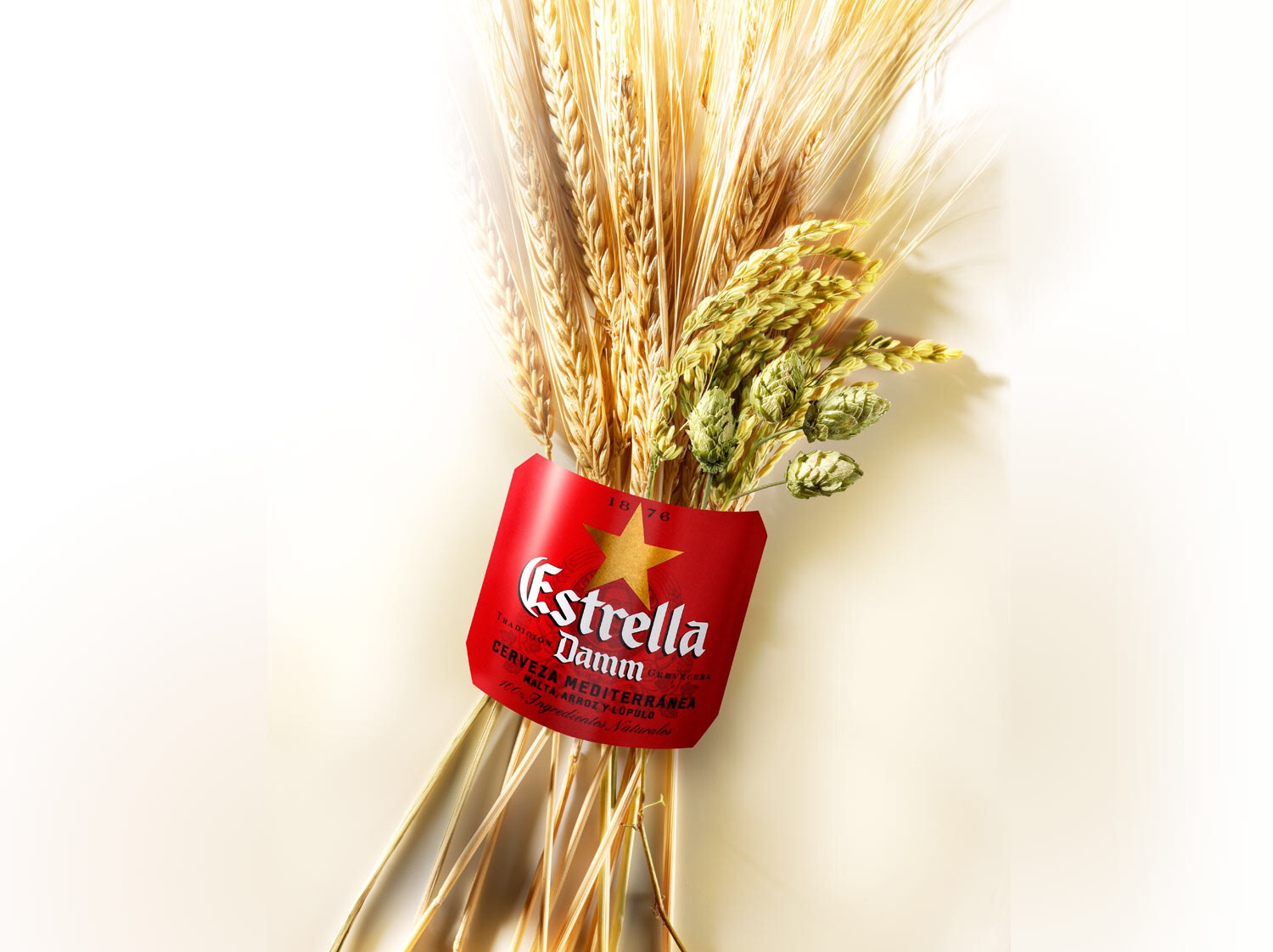 In 1876 the Catalan beer company, Estrella Damm was founded by August Kuntzmann.

This company is not a common one, but it has not always been like this. Its marketing strategies started being traditional, just showing the beer’s natural components as well as its environmental and social responsiveness. Nevertheless, currently its business strategy is not focused on the main business itself, but in the emotional marketing. This is not an easy job, but Estrella Damm is such a special brand, it has achieved what others could not: make people have a desire of seen their advertisement. These advertisements are performed once a year during summer and normally their soundtrack is the hit of the summer or one of the hits of the summer. Furthermore, the brand positioning through this advertising is really powerful as its only competitor is Freixenet, with its Christmas commercials.

All Estrella Damm’s commercials are performed under the slogan “Mediterráneamente”. They started doing them at 2009 with the aim of making people travel among them to feel the summer experience that they try to sell.

These commercials are quite long, therefore the full video clip is just performed on TV just one specific day in summer, the rest of the summer on TV people are just able to watch 60 seconds long spots. However, the internet and the radio are the other two medias chosen to promote the campaign, on the former people can watch the full commercial as many times as they want. Just in Youtube the commercials are watched every summer over 4 million times.

In addition, what the company tries to do with this emotional campaigns is making everyone have the desire of having to the same summer experience of the people from the advert or even being identified with them. This is the main reason why every summer they create a new TV commercial as summer is the most profitable season for beer’s companies, given that it is the time when people really has de desire of having a beer.

This two aims are achieved through the image that they present to people:  the liberty of being young, enjoyable friendships and the experience of love and being loved during holidays, always being around good music, food, fun and the most important thing, in the marvelous Mediterranean beaches. Bearing this in mind they try to get into the young people’s mind and try to make them be identified with the beer and be loyal to the brand, as if their summer dream could come true with it.

Furthermore, they do not want to be identified with a modern or traditional perspective, but with both of them. The brand wants to be different, to change, to be everywhere, have multiple images that change every time and change also according to each type of person and society, to make everyone feel comfortable with it, therefore the brand must get adapted to the people and to their environment. To achieve this, they do not get focused just in the TV commercials, but they also organize vintage markets, sponsoring festivals, art galleries, concerts, sports… They even have a partnership with Ferran Adrià, a well-known worldwide chef due to its innovative haute cuisine. They create a gourmet range of beers together.

Estrella Damm started being a national brand, but between 2004 and 2010 the brand made a huge investment and now it is a recognized brand all over the world. A specific example to show how the brand started having a worldwide recognition is that it sponsors the World Paddle Tour, where the company promotes its brand and image, this event allows people around the world to try the beer and even the paddle payers promote the brand in their own accounts.

The only problem that the brand found was that due to its commercials the brand has just been associated with summer, therefore the Brand performed Winter ads under the name “Comida de invierno”. These commercials were also popular, but less numerous than the summer versions, but the brand with the other activities previously mentioned as the art galleries, concerts, … Has positioned itself strongly in the market and at the moment everyone identifies all the products that are red and have a star on it as Estrella Damm’s products

THESE ARE THE COMMERCIALS. I HOPE YOU ENJOY THEM! 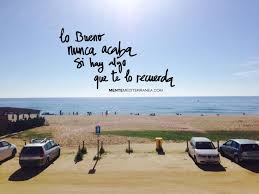 It was the first commercial performed by Estrella Damm under the slogan: “Mediterráneamente”. It was a a completely success, that summer everyone sang it song “Summercat” of Billie the Dancer & The Vision.The advertisement took place in Formentera, a Spanish island. It showed the typical summer love of an American film. The commercial ends up with a great sentence, the 2009 campaign’s slogan: “Lo bueno nunca acaba si hay algo que te lo recuerda” which in English means “The good things never finish if there is something that reminds you about it”

The second commercial took place in Menorca, another Spanish island. It was based in an innocent and childish summer love. It was performed during such a popular Spanish celebration,  “La fiesta de San Juan” and the summer song for that year was “Applejack” of The Triangles. The slogan of the 2010 campaign was “A veces lo que buscas está tan cerca que cuesta verlo” which in English means “Sometimes what you are looking for is so close that it is difficult to see”

The third commercial was special because it was just not focused only in the summer love, the beer and the party but also in the gastronomy. The commercial took place in the Ferran Adrià’s restaurant. The song of that year was “I wish that I could see you soon” of Herman Dune.  The 2011 campaign’s slogan was “A veces lo normal puede ser extraordinario”, which in English means “Sometimes the normal things can be extraordinary”

The fourth commercial was performed in the Sierra de Tramontana, which is in Mallorca, another Spanish island. It was based in the same desired summer love of the first and second commercials. The song of that summer was “You can’t say no forever” of Lacrosse. The slogan of the 2012 campaign was : “Cuando amas lo que tienes, tienes lo que quieres”, which in English means “ When you love what you have, you have what you want”.

During the year 2013 they started the winter commercials. The first one was performed by Cesc Fàbregas, who said that his favorite food was Shushi, therefore the cooker

Hideki Matsushia also appears in the commercial. The song of that commercial was a version of “La Bella Lola” of Hador Mar. The sentence was “No es el qué, es el cómo”, which in English means “It is not what, but how”

The 2013 summer commercial, the fifth one, was also based in the summer love which include concerts, friends and paellas. The song of that year was “Fantastic Shine” of Love of Lesbian. The slogan of that year was “Todo depende del cómo y el cómo sólo depende de ti”, which in English means “Everything depends on how, and how you do it only depends on you”.

The second winter commercial was focused in the arts and it tried to reinforce Estrella Damm in a cultural level. In this advertisement it appears a lot of well-known artists and they try to encourage people to do not stay doing nothing in the sofa, but go and experience the cultural part of life under the slogan “train your soul”.

In the summer commercial the slogan “train your soul” continued and it tried to persuade people to leave their towels to train their souls singing and dancing  If You Wanna of The Vaccines. 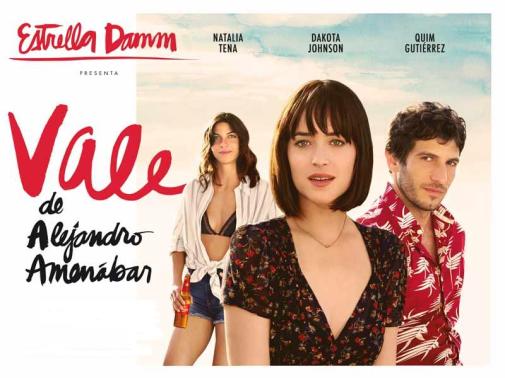 Estrella Damm tried to change the path followed by the previous commercials by doing a “film”, a really short one. Famous actors perform in this film as Dakota Johnson, Quim Gutiérrez y Natalia Tena and it was directed by the famous director Almodóvar. As this “short film” was performed and directed by famous people everyone wanted to see it and how it was going to be, so the desire of seeing Estrella Damm’s advertisements continued. The film was called “Vale”, which in English means “OK” 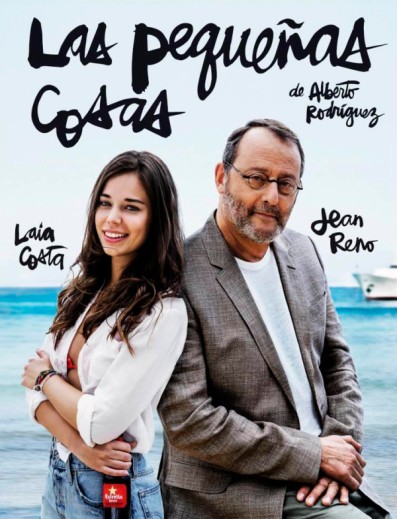 This commercial follow the same path than the previous year commercial, but in this case it was directed by Alberto Rodríguez and performed by Jean Reno y Laia Costa. The film was called  “Las pequeñas cosas“, which in English means “Little things”.  The song of that advertisement was  Those Little Things of Joan Mirabet.

To sum up, from my point of view these campaigns are not as successful as expected given that people are not going to change their loyalty to other beer’s brands due to it, even though they are excited or can wait to see the commercials. My opinion does not arise from an intuition, but from my self experience which come from my father and my friends. On the one hand, the  former, is an adult and he has been drinking Mahou for his whole life, he likes it because of its taste, its quality…Moreover, he likes to see the Estrella Damm’s ads just because he likes to analyze the marketing, but as I have said he is an adult and he is not going to be dreaming about the idyllic love stories show in this commercials, he is not going to move from his favorite beer’s brand to Estrella Damm. Therefore, I think that Estrella Damm is doing good in not choosing adults as its target group, because they are not going to be thinking or dreaming about them. On the other hand, the latter is obviously motivated by these commercials to try to have these summer love stories or at least, after seeing the ads, they keep thinking about them and dreaming. However, I am not of the opinion that these ads motivates them to buy the beer, because when they see the ads they are not thinking that if they drink the beer they would have the perfect summer, they are just thinking about living it. Furthermore, this is not just an intuition, but a reality. I do not like beers so I am not an example to confirm it. However, for instance, my friends, who love to drink beer, are waiting every summer to see the ads, but just for the story, they then do not drink Estrella Damm, they continue drinking Mahou because they prefer its taste. They completely assume and know that by having that beer they are not going either to have a better summer nor finding a summer love. Nevertheless, the commercials target group are young people, which is a good option because they are the ones who really enjoy them, share them and talk about them. All in all, I hope you like my post and understand my personal opinion about the greatness of the commercials as “short films” which create emotions and desires but not being great in making people buy the product. 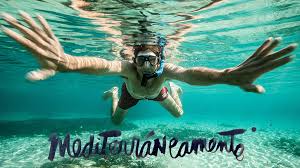